Mother’s are Superheroes. That’s a fact. They don’t have 9 to 5 jobs where clocking in and out is easy (gone are the good ol’days). They are on call 24/7.

In fact, if you saw the following job advert, would you actually apply? I think not.

Mums often have real ‘full time jobs’ as well as having to deal with all of the above. Their brains are frazzled. Then as soon as your little ones learn to talk, the tricky questions begin and your already frazzled brain becomes even more worn out with the never-ending stream of; why? who? what? when? where? can I? please?

Ahead of Mother’s Day this weekend, I wanted to share with you some of the interesting questions I’ve been asked lately by my very inquisitive 3 year old, so here’s 5 awkward questions that every parent dreads:

1) Mummy, where do babies come from?

At the moment, actually, it’s not even a momentary thing as it’s been happening for ages, Gia has a real obsession with babies and wanting to know where they come from.

She can often be found walking round the playroom with dolls stuffed up her top informing me with certainty that “the baby will be coming out of her fufu (the word we use for vagina) in the next hour”.

She then lays down, spreads her legs and starts shouting “ouch” as her baby is ‘born’ from under her top.

She proceeds to tell me that she needs scissors to cut the cord.

For a little girl who’s not long turned 3, you may think she knows too much, but when the question arose, I decided to answer her honestly:

“Darling, mummy and daddy made you and you grew in mummy’s belly. You were attached to mummy by a special cord that allowed mummy to feed you. As soon as you were ready to come out, mummy pushed you out of her fufu and that is where you came from”.

Obviously this then turned into a thousand other questions, she loves nothing more than hearing all about her birthing story and watching all the videos from when she was born.

Then, however, the next question arose:

2) Mummy, how did daddy put me in your belly?

Ermmmmmmm #awks. I had to pause on this one for a moment as I didn’t want to make something random up so I simply told her:

“Daddy and Mummy love each other very much and we wanted to have a little baby. Mummy has special eggs in her belly which Gia grew from. Daddy has special swimmers that look like tadpoles and when a tadpole and an egg meet one another, they make a baby like Gia and Kaia. Daddy kindly gave mummy a tadpole”.

I was secretly applauding my quick thinking on this one.

Phew. I think I got away with it as she seemed satisfied with the answer and luckily I haven’t been asked anything further on this since. Wish me luck.

This is quite an obvious question for them to ask. Most toddlers accompany (cling onto) their parents whilst they go to the toilet, but a really easy way of responding is:

“Boys have willies, girls have fufu’s (or whatever word you use for vagina). That is the difference between boys and girls”.

Now being Gia, my daughter is never happy to leave it at that and we’ve had quite a few funny ‘willy’ incidences in our household since.

As she doesn’t have a willy, she loves to catch my husband getting changed and when we were on holidays recently, Kaia (my youngest) was going through a biting phase.

She would only bite when she got excited.

Gia got over-excited at the pool one day and actually excitedly bit my husbands penis (through his shorts).

I have never heard someone screech so loudly. I don’t think the resort was too happy when they heard “Ouch, my dick” coming from our lounger.

I immediately deflected the attention by looking around to see where the noise had come from and tutted under my breath.

Next she proceeded to the pool where she met a holiday friend who was playing with Zoggs diving sticks.

Gia announced loudly to the pool audience “those sticks look exactly like a willy don’t they?” To be fair, she had a point but to say I was a little mortified would be an understatement. #mummyhidinshame.

I’m going to share one more willy incident with you then leave it at that, because I actually find them quite funny, but I don’t want this entire post to be taken up with penis chat.

We were recently invited for a roast at our friends house. We were all sat rather civilised round the table when Gia decided to pipe up (to hide his identity, I’m going to refer to the person in question as Uncle X):

She then tried eyeballing him uncomfortably closely through his shorts. Poor Uncle X was NOT pleased. She then confirmed:

“I still can’t see it, it must be small, my daddy’s willy is MASSIVE”.

Queue awkward laughing all around but my husband was clearly rather smug deep down.

Uncle X, if you’re reading this, I’m sure your penis is fantastic!

4) Mummy, what are you sticking up your fufu?

Actually Gia knows the word for Tampax, she’s known the word for ages, and she did actually once think Tampax were Unicorn Wands, but that’s another story entirely and one you can read about here.

Anyway she recently decided that inspecting me closely as I change my Tampax wasn’t enough. She wanted to know the ins and outs.

“Mummy why do you stick Tampax up your fuf?” was actually the question.

“Because every month, if mummy and daddy don’t make a new baby, the egg comes from mummy’s body and breaks down into blood. Mummy wants to stop the blood so she plugs it with Tampax. Okay?

“Okay mummy, I understand, does it hurt?”

That was it, all resolved in a quick sentence. I hoped there’d be no further embarrassing questions, however my nanny recently came back from playgroup and told me that they were in the public toilets (she was in the cubicle with Gia) who decided to shout on top of her voice:

“Nanna T, DO YOU WEAR TAMPAX? MY MUMMY WEARS TAMPAX WHEN SHE’S BLEEDING. ARE YOU BLEEDING?” Apparently there were a few sniggers from the other cubicles. Sorry Nanna T.

The final one I’m going to mention is on a more serious note:

5) Mummy, what happened to X (a person that has died?) Where do they go?

Sadly, we’ve had a few people very close to us pass away. I told Gia that they have gone to the sky and they are now watching over her and all playing together in the fluffy clouds.

She accepts this and is happy with the response. She often waves to the people who have died in the clouds but heartbreakingly, she recently asked:

“Mummy, if everyone goes to the sky when they’re older or sick, does that mean you will leave me one day? Please don’t do that as then I’ll be all on my own and who will look after me then?”

I couldn’t answer this honestly as it made me quite sad, so I told her not to worry and that mummy wasn’t going anywhere, which I really hope is the case.

My advice on answering those awkward questions?

How many of you can relate to this post? I’d love to hear what awkward questions you’ve been asked lately? What others could you add to this list? Drop me a comment so we can all have a good chuckle.

To all the amazing mothers out there, this post is for you.

For those of you whose mothers or angel babies are no longer here, I hope you find a little light relief in this post and that it gave you a bit of a chuckle.

My heart is with you and I’m sending you lots of cuddles ahead of what will, no doubt, be a difficult weekend.

Laura xxxx (AKA The Exhausted Mum) 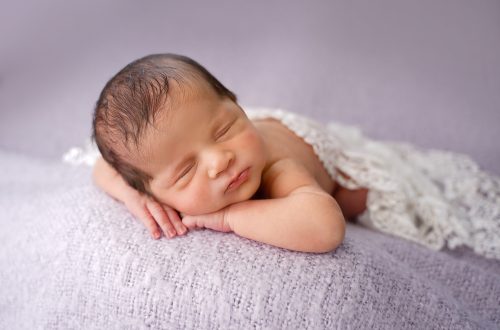 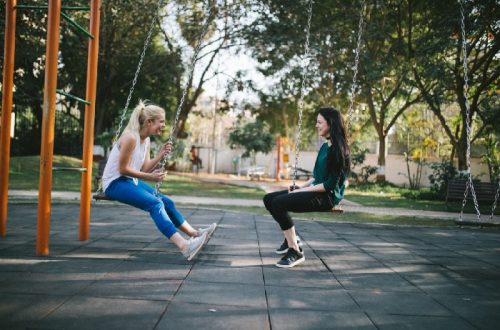 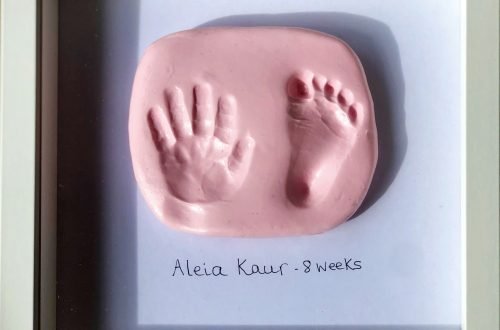 How to create your own baby hand & footprints in clay