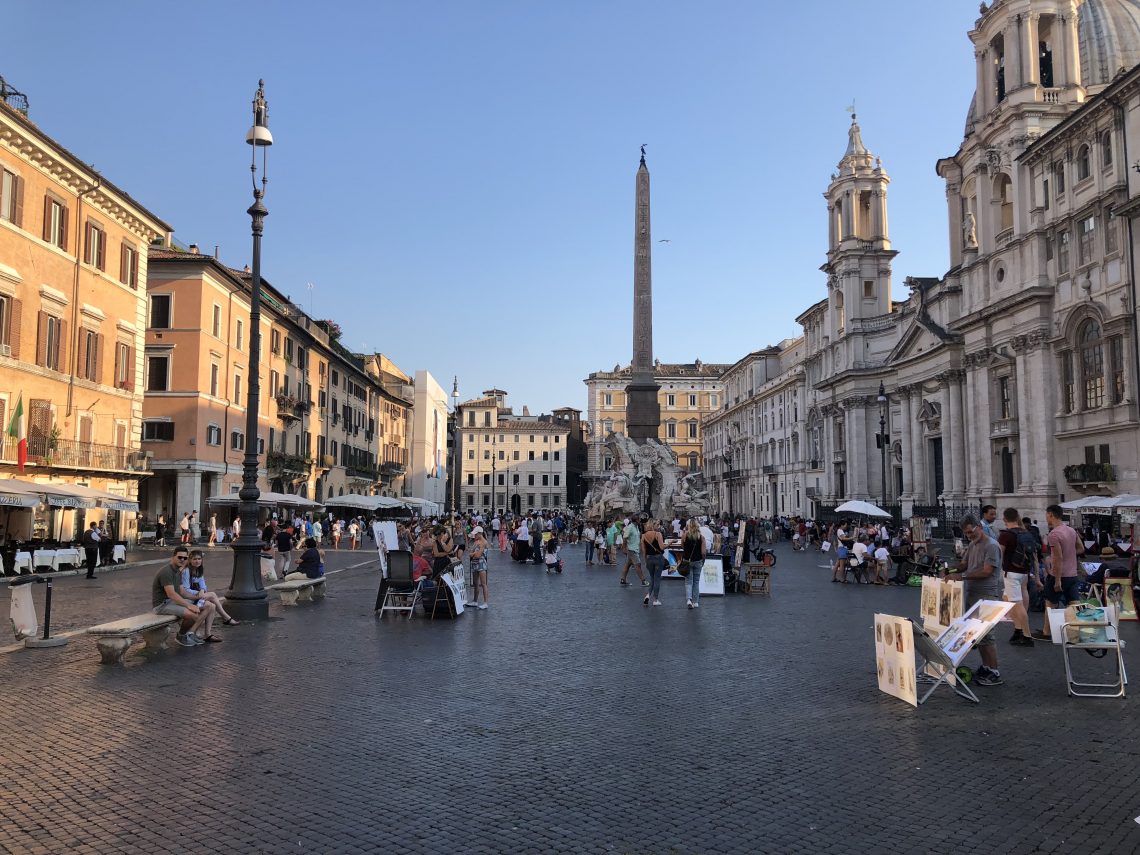 A WEEKEND GETAWAY GUIDE TO ROME

Last month we got to do a baby-free overnighter to the wonderful City of Rome. Woo to the Hoo. We were meant to travel with friends who unfortunately had to pull out at the last minute due to their daughter being sick. Although we were disappointed, we were determined to pack in as much as we possibly could.

I’m incredibly lucky that I got to live and study in this beautiful City, so I’ve seen lots of the magnificent tourist attractions before, but it’s a City I always return to and which I absolutely love.

I’ve decided to pull together this quick weekend getaway guide to Rome for any of you planning a visit.

HOW TO GET THERE

We flew from London Gatwick Airport which is a short Uber ride away from our home in Surrey, however as usual, we were cutting it fine to get there on time and so any airport relaxation & shopping time went out the window. This was a real shame as I love all the offers and the general buzz of being in an airport. In future, I’m definitely going to TRY to leave early. The flight itself is only 2 hours long which is perfect for a short getaway.

We took a taxi from the airport to our Air BnB. The fixed fare for a Rome taxi is €48 between FCO and central Rome (within the Aurelian walls) for up to four people and their luggage. The trip takes approximately 45 minutes from the airport to the City Centre.

There are so many amazing hotels to suit a wide range of budgets, however, we always find the best value for money is AirBnb as you get a taste of City Centre Italian living without the humongous price tag that often accompanies luxury city centre accommodation. We discovered an absolute gem just a stones throw away from The Pantheon on Vicolo della Guardiola. It was a spacious apartment on the third floor of a beautiful 16th Century building. It even had a small elevator which is rare to find in a centrally located apartment and the hosts were fabulous. We were met by Maurizio who was super helpful & accommodating. I would highly recommend the apartment, to check out the snaps/for further booking details click here.

The thing about Rome is that there’s never a shortage of wonderful things to do; the City is entrenched in rich history, a culture-lovers dream, the shopping is a fashionista’s paradise and the food? Oh my goodness, such a culinary delight, my mouth still waters after all the pizza and pasta. We tried to pack in as much as possible, so some highlights and ‘must visit’ sights are included below:

Rome is an incredibly beautiful city and every photographers dream. One of the highlights is most definitely the Roman Colosseum. The Colosseum, also known as the Flavian Amphitheatre, is an oval amphitheatre in the centre of the city of Rome, it is the largest amphitheatre ever built and the architecture is just incredible. It’s truly amazing that this infrastructure is still standing today. It really makes you try to imagine how things would have been many centuries ago and provides a real insight into Rome’s historical past.

The Trevi Fountain is one of my favourite tourist attractions, it’s surrounded by picturesque cobbled streets and like everything in Rome, it’s within walking distance from the majority of the other ‘must-see’ attractions. It is the largest Baroque fountain in the city and one of the most famous fountains in the world. It’s usually heaving with tourists, but if you can get up early and beat the crowds you can take some amazing snaps (unfortunately, we were too lazy on this trip) but I’ve done this previously and it really does make a difference.

It’s said that if you toss a coin into the  fountain from the right hand over the left shoulder, it will ensure that you will return to Rome in the future. The second legend was the inspiration behind the film ” Three Coins in the Trevi Fountain”. This legend claims that you should throw three coins into the fountain. I’m not sure whether I’m a believer, however, I always throw a coin over my shoulder and so far, I’ve visited Rome most years so could the legend possibly be true? I’ll leave it up to you to make your minds up.

The Pantheon is a former Roman temple, now a church, featuring an interior of gorgeous marble. It is one of the most impressive monuments of Augustan Rome.

It is situated on a very busy & ‘buzzing’ Piazza (Piazza della Rotonda) with lots of coffee shops & cafes situated around it.

Even if you decide not to go inside, the view from the outside is pretty impressive and well worth visiting.

A trip to Rome should never be completed without paying a visit to the Vatican City. Despite the fact that it is slightly further afield than the other tourist attractions, it’s still very easy to get to. The Vatican City is actually the smallest country in the world. Encircled by a 2-mile border with Italy, Vatican City is an independent city-state that covers just over 100 acres. Vatican City is governed as an absolute monarchy with the pope at its head.

There are always lots of police patrolling the Vatican City and if you’re lucky enough to visit on a Sunday, you may even get a glimpse of the Pope delivering one of his sermons. Like everything in Rome, The Vatican City is beautiful and the architecture is absolutely amazing. It is home to St. Peter’s Basilica and the famous museum that houses Michelangelo’s work of art in the Sistine Chapel.

Piazza Navona & Campo Dei Fiori are two of the most popular piazzas in the city. They are fabulous for kicking back and soaking up the atmosphere and often have street entertainment. They are surrounded by fabulous gelateria’s and shops & worth stopping by if you have the time.

The Spanish Steps are a set of steps climbing a steep slope between the Piazza di Spagna at the base and Piazza Trinità dei Monti, dominated by the Trinità dei Monti church at the top. Crowds often gather at Rome’s Spanish Steps and it’s one of the most popular meeting spots in Rome, with travellers from all over the world congregating at the base of the steps throughout the day. It’s worth visiting for an insta snap, if nothing else!

You are totally spoilt for choice in Rome, I’m a massive lover of Italian food so I’m always in heaven when we visit.

Having previously lived in Trastevere, I can highly recommend having an evening wander around there, it’s very busy and has a wonderful roman buzz about it. It is also home to some of the best restaurants. Two of my personal favourites are Sette Ocho and Flavio al Velavevodetto

Other restaurants to note are: